Florida-based artist Eli Manna is bringing some soul back to Hip-Hop. He stands out from the masses with his ability to sing in the capacity of a choir and formulate bars that cut like a knife. His journey through music has faced him with some of his biggest blessings and challenges so far. Following the release of his album “Rookie 2 King,” Eli Manna began to earn label attention. As his success ensues, he continues to release tracks representative of his growth. 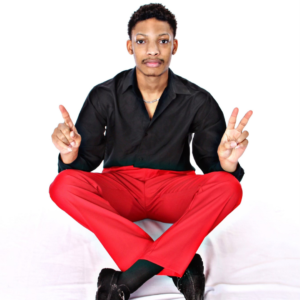 Music Is Color is a testament to every experience and emotion surrounding his music.

“This album is really a personal project for me. I was at the lowest point in my life while making this. Dealing with family issues as well as suffering from medical issues, this album is the result of me pushing myself past all obstacles.”

“Music is Color,” introduces listeners to a wealth of soul and creativity that may otherwise not be missing in mainstream Hip-Hop. It leads into 8 other tracks featuring confident and witty bars. 4 other artists were also featured on the project. His girlfriend Ramiah, brother, and close friends Dae’Shawn, Zay Sever, and Khamarun, added a colorful range of vocals and bars to the albums opening and “Soul Food Freestyle.”

From RnB style tracks like “SouthSide,” to lyrically dense tracks like “Space Jam,” Music is Color is not just a record. It is a lyrical painting of his life experiences up to the moment of the release. On all platforms now, Eli Manna created a record that provides more than sharp bars and catchy hooks. He gifted an album of motivation and a testament to the future he holds.