This partnership announcement excites the spiritual community and metaverse supporters as the group nears their upcoming launch on the 19th of January. 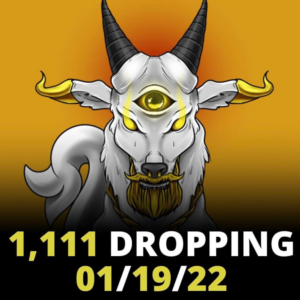 While other companies develop DeFi protocols or crypto games, the Astral Kingdom is committed to bringing astrology, and more general, spirituality, to the metaverse. Writing in their whitepaper…

“as hyper-realistic, customizable sensory experiences become part of our daily lives, one’s spiritual connection will have to compete for their attention”

The Astral Kingdom is clear about using spirituality to steer away from a dystopian future. Initially focusing on astrology, the team plans to create NFT collections with artistic awe and spiritual nuance that appeals to all religions, sects, and spiritual groups.

Having now grown to over twenty-five employees, the Astral Kingdom and VAROS Technology’s software engineers, data scientists, creative technologists, and spiritual souls are all converging towards the creation of technology that benefits it’s community member’s physical, emotional, social, intellectual, and spiritual selves.

“We wish to incentivize users to maintain a spiritual connection within the metaverse. and we will need all the help we can get”

While the Astral Kingdom’s long-term vision is bringing spirituality to the Metaverse, they hint at the possibility of forming a decentralized autonomous organization to get there. “We love the idea of democratic governance determining direction,” said Andrew Bouras, “but first, we are focusing wholeheartedly on the Capricorn collection release.”

At 11:11 EST (4:11 PM UTC) on January 19th, 2021, the Astral Kingdom will release their first astrology-based NFT collection, Capricorn, for presale purchase. Whitelist details are found at their website astralkingdom.io, the Discord community may be joined at https://discord.gg/2vRAsc7frt and public announcements will be made on their Twitter: Astral_Kingdom.