Alex Boateng has been part of the Island Records family for pretty much 10 years – but the unconventional nature of his joining means there’s no fixed anniversary and no cake with candles. In fact, his entry into the business is highly relevant to one of the points in his manifesto for change.

Boateng had to more or less hustle his way in, as part of the team that launched Tinchy Stryder at the label in 2009. He didn’t apply for a job, bag an internship, or tap up a contact. Instead, hired as a digital consultant by Sarah Boorman, he brought something to the table, started on two days a week consultancy, and went on to make himself indispensable.

It’s a story that he believes will be familiar to a lot of young BAME execs now rising through the ranks in the UK music industry – but a story that he says should be just one option available, alongside much more traditional routes. More on that in the manifesto.

What is absolutely certain is that Boateng has gone on to become a key exec within Island UK. He was promoted to President of Urban just over a year ago, as part of a flurry of changes prompted by long-term UK boss Darcus Beese decamping to New York, from where he operates as the label’s US President.

It’s a story that he believes will be familiar to a lot of young BAME execs now rising through the ranks in the UK music industry.

Louis Bloom subsequently became President of the UK label, with Natasha Mann and Olivia Nunn also being named Co-Managing Directors in the reshuffle.

“We had a great period with Darcus, and now we’re into a new era. There’s enough of the team who delivered success in the past who are still around for there to be a sense of continuity, but with a new vision and new ideas on top of that; I think it’s the best of both worlds. 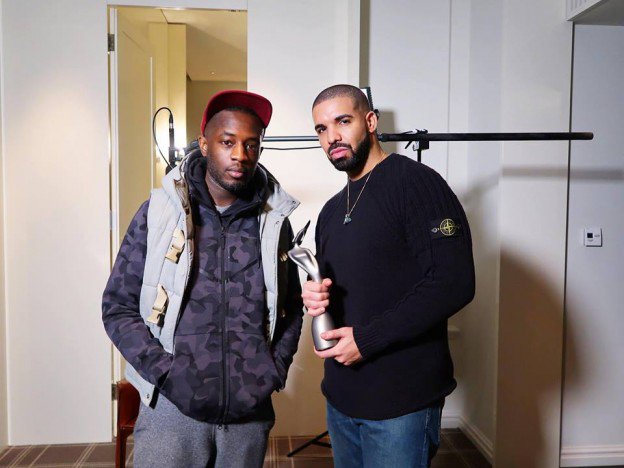 “The most important thing is that Louis is a music man – we still work closely together A&R’ing JP Cooper – which is what we’ve always had as the leadership of this label. I can still play him a tune and get his opinion, and that is priceless. There are plenty of other companies where you can’t do that.”

Boateng says that in terms of the remainder of 2019 “we’re just pulling back the elastic ready to let go on a few new things”.

As well as continuing to drive existing campaigns with the likes of Giggs, Drake, Sean Paul, Ray BLK and others, Boateng flags up new work from Tekno, M Huncho, Unknown T and Sneakbo, as well as some new internationally-based acts such as Lil Tecca, Kiana Ledé, Col3trane, Emotional Oranges and Masego. One act he has great expectations for is North London’s Miraa May, predicting that “she’s going to be a very important artist over the next decade”.

Perhaps most importantly, though, the move to Universal’s new Kings Cross HQ “has not only made my journey home easier, it’s also nearer my barbers, which means I’m looking better at the office – which is good news for everyone”.

After a year of major changes for Boateng, then, here he presents five more for the industry at large.