The DMV is known for many things, from GoGo and mambo sauce to being the government’s home place. But what does The Clout Cloud have to do with all of that? Well…under its founder Ilias Anwar, and his close team, it has become one of the top media companies and the biggest Hip-Hop platform for the DMV. Currently, at over 93K, the expanding Instagram platform highlights the most popular industry news and promotes growing stars. 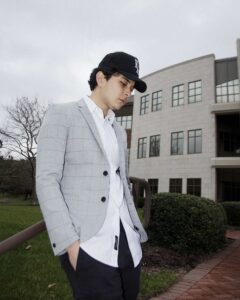 Ilias Anwar founded the platform back in 2017 from his dorm room at Virginia Commonwealth University. Just three years later, The Clout Cloud solidified its potential to be one of the most influential media outlets in the area by selling out a show with DaBaby. This sparked the evolution into a full-fledged media company partnering with countless other artists including, Megan the Stallion, Rick Ross, and PnB Rock. The CloutCloud offers promotion, interviews, event coverage, and shows, making it a one-stop-shop for media needs. The platform has also created several opportunities for rising artists through its “House Party” shows which began at Ilias’s house. After creating such a buzz, the platform was approached by Poor Boy’s in Richmond Va., to host a sold-out event at the venue.

The Clout Cloud’s interview with $not.

The Clout Cloud has solidified its spot as the most live and connective Hip-Hop platform in the DMV. Successfully throwing several events and providing media coverage for many industry stars, The Clout Cloud has become a household name in just a short period of time. Constantly evolving, the company launched its website during COVID and is now finalizing the details of its next event. Coming soon, The Clout Cloud will be partnering with Pusha T’s label, Heir Wave Music Group, and Refresh Music Group to bring about one of the dopest online showcases, highlighting some of the hottest upcoming talents in the DMV. 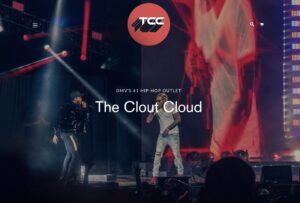 For more information about The Cloud Cloud, the events, and to stay in tune with some of the hottest upcoming artist check out the website www.thecloudcloud.com or check them out on Instagram! 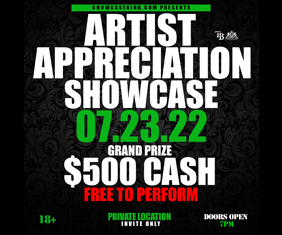