The end of a stressful and eventful year is upon us and what better than a good tape to ride out the year with. Rising artist Pilot Flyin’ recently delivered some insanely chill vibes with his new project titled “Pre-Boarding.”Currently based in Phoenix Arizona, this is Pilot’s first project and a promising start for his career in music. 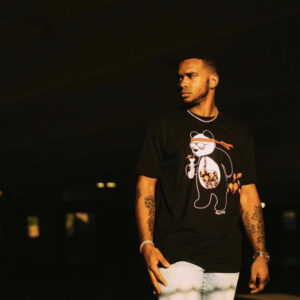 7 tracks running 17 minutes of the most mellow vibes anyone mood could ask for. The tape opens up with “Red Eyes” introducing his listeners to raw lyricism,  808’s and soothing sounds of planes taking off just like his music. His track “Ride with Me” gifted a catchy chorus over lax piano keys. Pilot a lot pulled in other rising artists Orama and Cam Laurent for “Counted Out,” featuring 3 separate flows preaching playing your positions and getting to the money.

Pilot’s release of “Pre-Boarding” is more than an impressionable introduction to what this rising artist has to offer. With 2020 being his first year in music, the artist released two singles and a wavy visual shot by Ryan O’Boyle for his track “Cloud 9.” The artist clearly values quality over quantity giving his listeners just a cast of what he has to bring to the table.