[Kehlani Ft. Jhené Aiko] on a new song together called “Change Your Life”

Kehlani Ashley Parrish (born April 24, 1995) is an American singer, songwriter, and dancer. Kehlani is originally from Oakland, California, where she achieved initial fame as a member of the teen group Poplyfe.

In 2014, she released her first commercial mixtape, Cloud 19. The mixtape was listed as one of the complex “50 Best Albums of 2014.” Her second commercial mixtape, You Should Be Here (2015), debuted at number 5 on the R&B/Hip-Hop chart, preceded by her sold-out North American promotional tour. In 2016, she was nominated for the Grammy Award for Best Urban Contemporary Album for You Should Be Here. Kehlani released her debut studio album, SweetSexySavage, in January 2017. She released her second studio album It Was Good Until It Wasn’t on May 8, 2020.

Kehlani is originally from Oakland, California, where she achieved initial fame as a member of the teen group Poplyfe.

Kehlani’s singing career effectively began when she started out as a member and lead vocalist for the group called PopLyfe. The band’s music was produced by former Tony! Toni! Tone! member D’Wayne Wiggins. Within two years, the group performed throughout the Bay Area and other cities. In 2011, they auditioned for the sixth season of America’s Got Talent, and eventually finished in fourth place. During their final appearance, judge Piers Morgan told Kehlani, “You’ve got real talent, but I don’t think you need the group.”

After the end of America’s Got Talent, Kehlani left PopLyfe, because of several managerial and contractual disputes. Over six months, she avoided doing anything music related to avoid being sued by the group’s management. In 2012 and 2013, Kehlani was effectively homeless, moving from house to house and often sleeping on couches. During her senior year of high school, she moved to Los Angeles, California, with no legal guardian. In 2013, Nick Cannon, who had been the host of America’s Got Talent during PopLyfe’s run, called Kehlani to ask her about being in a rap group. She agreed at first and went to Los Angeles, but, ultimately didn’t like the direction of the group and moved back to Oakland. To help with money and food, she decided to begin stealing iPhones to sell, and items from grocery stores for a short time. Months later, Kehlani released her first solo track on SoundCloud, called “ANTISUMMERLUV”. Cannon called her back after hearing the song and he bought her an apartment in LA, along with studio time.

Kehlani served as an opening act on American singer Demi Lovato’s Tell Me You Love Me World Tour in North America, which started on February 26, 2018 and concluded on April 2, 2018. In March 2018, Kehlani was featured on American singer Charlie Puth’s single “Done for Me”, from his second studio album, Voicenotes. In April 2018, she was featured on American rapper Cardi B’s single “Ring”, from her debut studio album, Invasion of Privacy The song entered at number 28 on the Billboard Hot 100, making Kehlani’s first top 40 entry on the chart. Kehlani is currently represented by David Ali of Above Ground Management. She then opened on American singer Halsey’s Hopeless Fountain Kingdom World Tour in Oceania, which started on April 19, 2018.

On February 22, 2019, her third commercial mixtape While We Wait was released by Atlantic Records and debuted at number nine on the US Billboard 200. The mixtape had 34,000 album-equivalent units including 6,000 pure sales in its first week. It is supported by singles, “Nights Like This” featuring Ty Dolla Sign, “Nunya” featuring Dom Kennedy, and “Butterfly”. 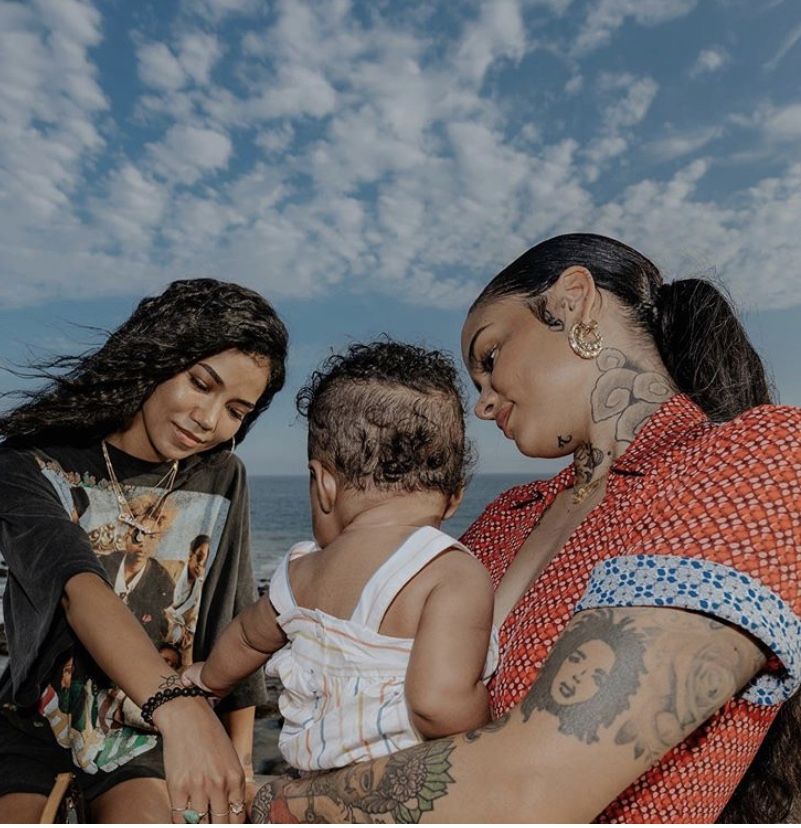