No, autotune is nothing new in rap, but the melodic approach has helped to usher 19-year-old New Yorker Lil Tjay into the big leagues. He first made headway by amalgamating trap and R&B and his debut album, 2019’s ‘True 2 Myself’, reached Number Five on the Billboard 200. His electronic croon is so accomplished that he’s been co-signed by Lil Wayne, but this new EP channels his emotive sound into abrasive drill tracks. Alas, it doesn’t really work.

The seven-song record features a guest appearance from the late, great Brooklyn rapper Pop Smoke, and you might expect their collaboration ‘Zoo York’ to be the standout track here. True, Tjay’s hook is as catchy as ever, but the song – like the EP as a whole – comes off as a transparent attempt to jump on the current hype around New York drill. The UK drill-inspired instrumental is impactful and menacing but seems at odds with Tjay’s sweet auto-tune. Smoke’s verse sounds worked in over an instrumental; it’s tough to listen to because he’d clearly have slain the track if he’d been around to master it.

The seven-song record features a guest appearance from the late, great Brooklyn rapper Pop Smoke, and you might expect their collaboration ‘Zoo York’ to be the standout track here.

Fellow New York driller Fivio Foreign offers a similarly underwhelming verse on that track, but fares better on ‘Shoot For The Stars’, ‘State Of Emergency’’s only unique drill song. He and Tjay ride an angelic AXL-produced beat to relay a coming-of-age story about emerging from the “trenches” to make it big. The yearning passion in the hook – which sees Tjay repeatedly scream “I’m shoot for the stars” – is palpable. Foreign sounds similarly hungry: “We ain’t stopping ‘til they fed of us / They’ll never get ahead of us”. 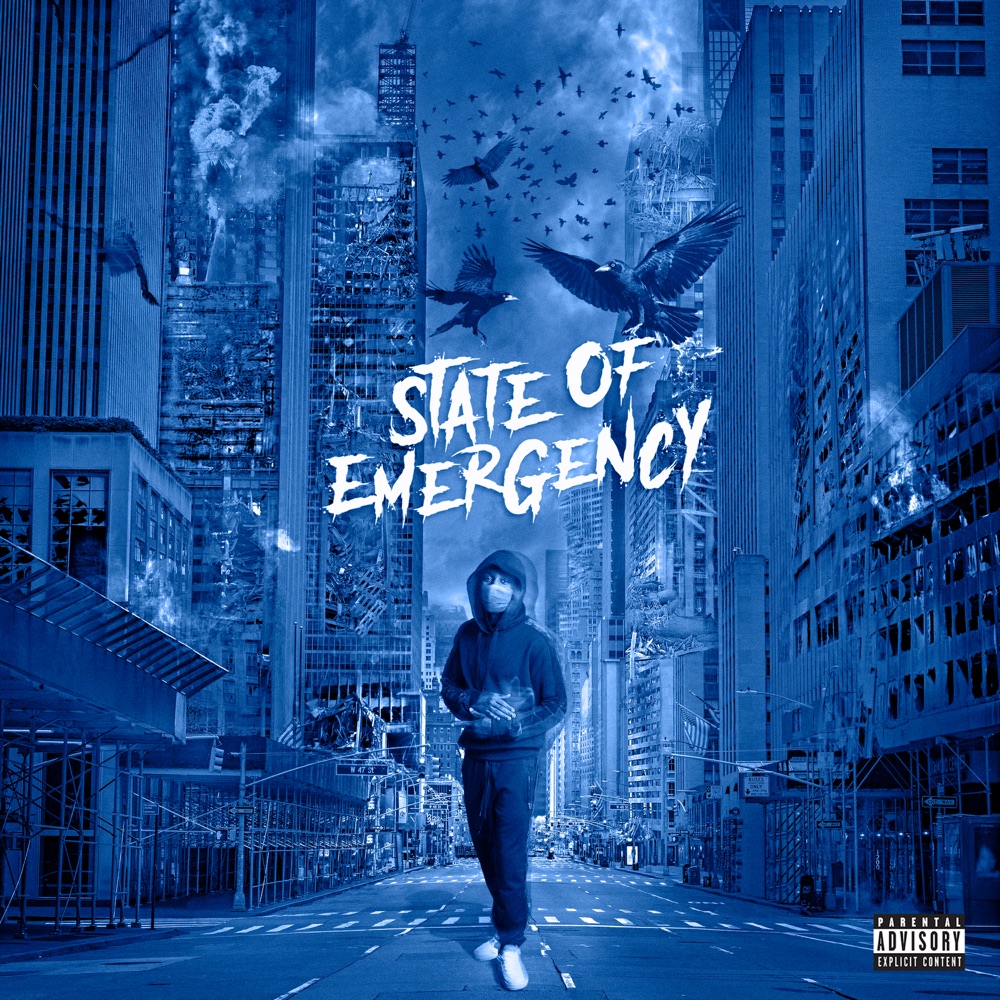 The EP’s highlight arrives in the form of ‘My City’, for which Tjay steers his own lane away from voguish drill sounds. Offering his trademark trap’n’b style, Lil Tjay raps over a softer and more subdued instrumental than many newcomers. He and ascendant 20-year-old rapper J.I. The Prince of N.Y indulge their more melodic sides, the latter harnessing that intrinsic New York swagger: “I used to look up to them n****s in the streets / Until them same n****s got down on their knees and took a plea”. J.I is an honest storyteller who doesn’t feel the need to sugar-coat anything.

Still, this record is a pretty cynical cash-in made up of some mediocre drill songs that are unlikely to have much longevity. Tjay refers to himself as ‘the King of New York’ – a claim that ignited a feud with A Boogie Wit da Hoodie – which perhaps seems a little premature. The only state of emergency here surrounds the genre-hopping Tjay’s apparent artistic identity crisis.