New Jersey native Sad Hippie is an alternative R&B artist who has released a few soulful bangers and is on her way to the top. Her popular track “Bad Habits,” is captivating and introduces her listeners to her mellow vocal range and relatable lyrics. The track is three minutes of soulful notes floating over a smooth R&B highlighting the bad habits we secretly all have. As an artist Sad Hippie is working to develop her brand and provide more hypnotizing hits for her fans both old and new. I had the pleasure of catching up with her to talk to her about her journey and future plans as an artist!

Who is sad Hippie and when did you start writing music?

I’ve been singing since I was a little girl. I’ve always been singing. I didn’t start taking my music seriously until around 2015-2016. It was actually after a big break-up where I kind of just, was like, What am I good at, what do I want to do? I had a little crisis. I had a brain injury in 2014, October, which really changed my life, and then that’s when I got into the whole Sad Hippie thing. I was like, Who am I? What am I most inspired by? And I was really inspired, it was weird while I was going through a really rough time, so that’s when I realized I really want to go hard, I really want to put my all into my music and then it’s kind of all been since that time.

Being Latina how inspired by your culture, and how do you incorporate that into your music?

I feel like I haven’t incorporated it yet the way that I would like to. I definitely would like to, and I definitely will. I would say it just really gives me that fire, because people think like, Oh, they’re going to meet Sad Hippie and I’m going to be very sad and like this but I’m not, I’m outspoken, I’m honest. I’ll tell you how I feel, my mom always raised to be very hard working, my mom is very, very hard working and she’s a Latina, she’s from Colombia. I’m very close to my family in Colombia, I love how I feel when I’m there, I love escaping from here and going there, everything about it there, the food, the culture, the people, the liveliness. I guess maybe it’s a big part of who I am without me even really knowing it, and I would definitely like to sing in Spanish at some point and collaborate with a Spanish artist.

As a person who cares strongly about mental health, what are some of the things you would like to do with a larger platform?

I think just being able to speak about mental health, I feel like it just doesn’t get that attention. So recently, I was doing this project when I was still in school, and it was about the rise of anxiety and depression for Generation Z and millennials, and I actually feel like social media has a lot to do with that. I feel like we’re in this era of technology and constantly being bombarded with all these different things on social media, and no one really talks about the negative side of it ever. No one ever talks about it, but I see what it can do, and I really would like to open up about that and just see where that takes me, see how I can help people with that or what I can do to minimize that addiction to social media and things like that and how it affects mental health, I think would be dope.

Haeni Kim, a top choreographer in Korea danced to your track “Feel Me” and all the video got over 19K hits. How did that feel for you as an artist to gain not only so much exposure but international as well?

My heart was beating so fast, I couldn’t even believe it, I didn’t expect it at all. It’s so funny because when I made “Feel Me,” I never even saw it as the kind of song that somebody could dance to, you know what I mean? I would hear it and it was very slow, it was very emotional, it was such a vibe, I never saw anybody dancing to that, so then when Haeni Kim, when she dropped that and she tagged me on it on Instagram I remember just being like, “What? She’s killing it.” And then I feel like the song got way more views after that, and then all these other different dancers started making these, she started that whole thing, that really was all her, that was insane. I couldn’t believe it, she was hitting every beat, she was so in it. She basically, to me it’s like she brought the song to life in a different way, because it shows that even a song like that you could get into it. You know what I mean? Dance-wise, movement, oh my God, it was so cool. 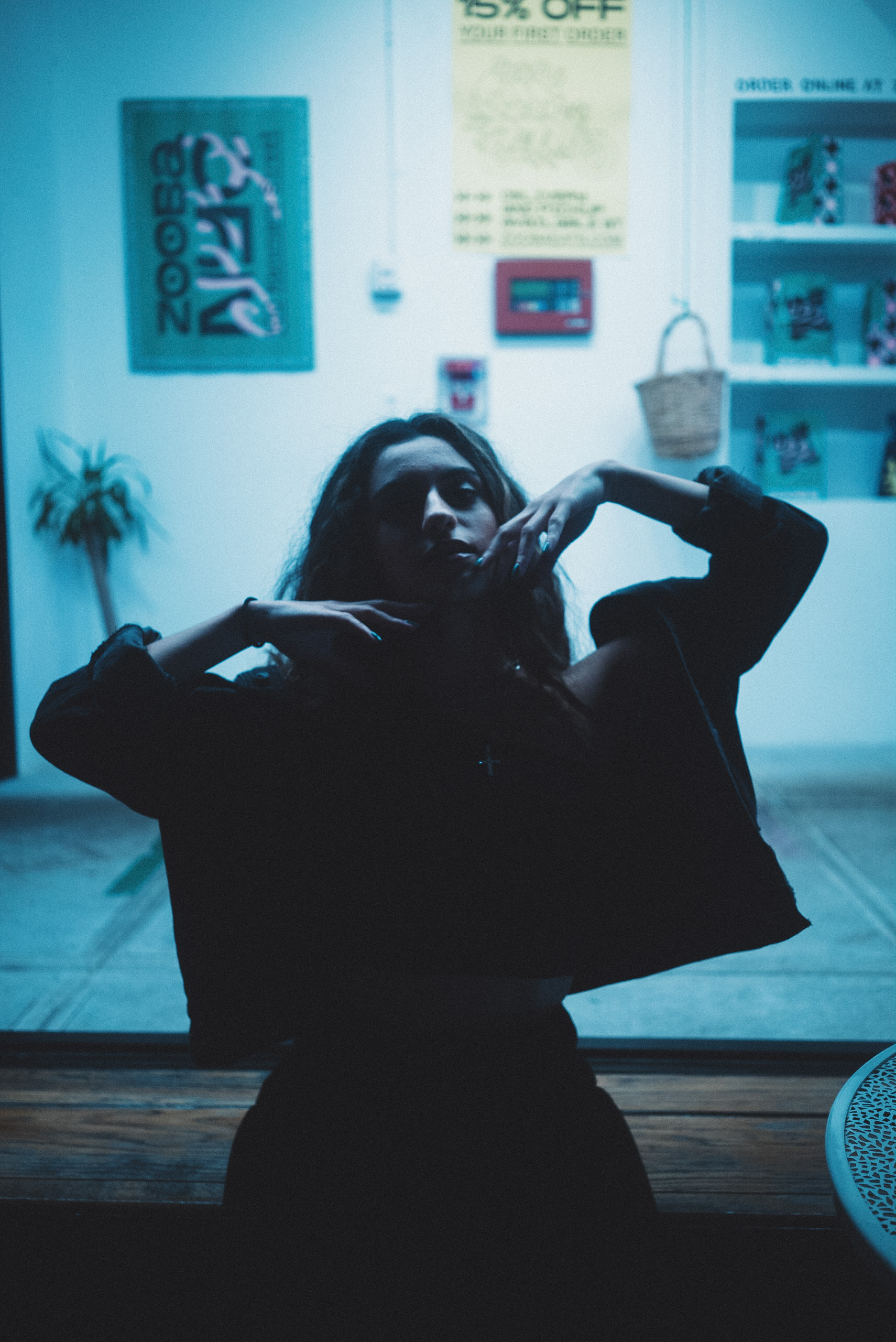 You’ve worked with some great producers, who have you worked with and when it comes to producers what do you look for?

I always go for this XO Toronto vibe, like this weekend vibe, and I always search beats, I’ll be like… I’ll be like black, like the weekend, type of beats always, when I found the Cobra beat, Cobra is a producer for Bad Habits. I’ve never met him before; I just got the lease for the beat. And that was literally what I looked up when I found that one. I fell in love with that beat, it’s always been like that. I’m hoping to find a really dope producer that I can work with consistently, but I haven’t found yet. Right now, I’m trying to work with Cassius Clay. He is Rich the Kid’s producer, which is pretty cool. He does want to work with me, but he’s been really, really busy these past few days, so that’s been kind of hard. I guess we’ll just see, it’s still up in the air, you know, I haven’t found my person… Like my producer, producer.

You were just featured in a music video for Nate Taylor, what was that experience like for you & is being featured in videos for other artists something you want to continue doing?

Nate’s been following me for a very long time on Instagram, and I’ve always been a very big fan of his music. His music is the kind of vibe of what I go for, which is really cool. I love that he’s in that stage of… He’s not super big yet, but he does have a lot of fans and a lot of people love and listen to his music. So I guess we always relate on that music level, and then, it was actually funny, I was supposed to be on that song, but then something happened with his management team, and then they were just like, No, we’re not going to do that, we’re going do that with her for a different song, were going to leave this one for just you. Then he was basically just like, you know what, do you want to be in the music video? This is completely your vibe, this song makes me think of you, whatever, so I was like, Alright, and I just pulled up and we did it.

You started working with an organization at Full Sail University, tell me about that organization and what they’re doing for you?

One of the students her name is Evette. She put me on big time. I had no idea about Full Sail. I didn’t know about 3300+Climbing at all. This was so long ago. She reached out to me, she was like, Hey, I’m working on a project. I really need an upcoming artist. I was like, Yeah, throw my song in there girl! I was like throw my songs everywhere where you can… Then I realized that it was actually a bigger competition, that 3300+Climbing was really looking for an artist, and I knew it was serious when I ended up in the top eight, and then I had to put in that audition video, because all throughout quarantine, all through our COVID, I thought that that wasn’t even going happen anymore. I thought that the competition was just like, Not, and then I ended up winning, and then now I’m so excited working with 3300+Climbing. So Excited. So yeah, I don’t know. It was just another really big surprise for me! 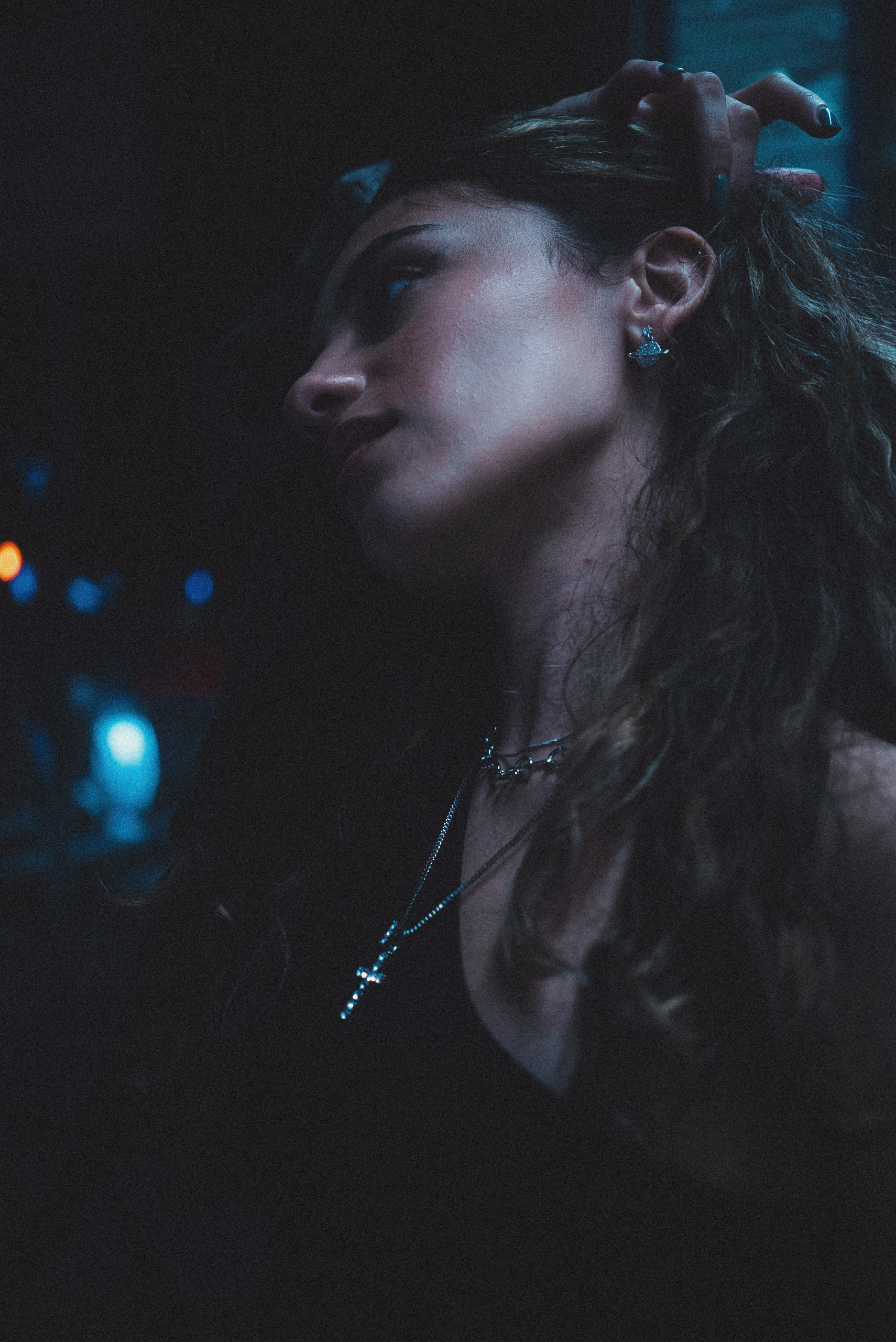 What is next for you in your career vision-wise ?

I want to put out a lot of music, I want to put out really dope EP, I want to show more of myself, and I want to put out some really dope merch. I’m always talking about Merch, but I just really like… I like unconventional stuff, and I feel like I haven’t been able to show enough of what I can do and who I am and who Sad Hippie is. I’m really in the process of just putting more of myself out there. I definitely think that Full Sail 3300+Climbing, they’ve really kept me consistent with every day doing something, even with my social media pages and this and that, and making sure I keep everything in order and organized, and it’s been a big help to me, so… Awesome.

What kind of impact do you want to leave on listeners when they hear your music?

Just raw, authentic emotion. I want, not just women, but especially women to feel empowered when they listen to me. I notice now that I really do give us that vibe, because women always hit me up, like yeah I feel like a bad bitch when I listen to you. I feel like this, I feel like that. Whatever. And I’m always like, Yo, you know what? Maybe that is the energy that I want to give off. You can make it through anything. I made it through some really rough times, music came out of that, so I want people to feel empowered. I want people to feel good, and I want people to know that everything I create is coming from a really authentic place, I don’t just BS with my lyrics or anything like that, it means like music means a lot to me, and I really try and show that in my music, so yeah, I guess just authenticity and empowerment.

Sad Hippie is in full project mode working hard to give her fans new hits to blast from their speakers. Her style is fire as well, so be on the look out for her to be producing some crazy merch. Overall, Sad Hippie’s genuine personality, hypnotizing voice, and desire to spread positivity to others is going to catapult her to the next level. 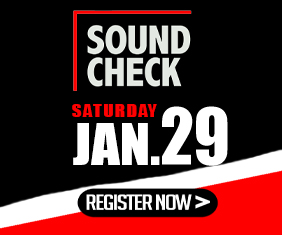