What is the one thing the Hip-Hop industry is missing? How about a guy-girl duo? Well, Prince Peezy and Lala Chanel have been hard at working bringing their fans, both old and new, the best of both worlds. They always say two is better than one, and this guy-girl duo  has been busy letting the world know exactly who they are. They just released a new tape titled “All In,” and with some fire beats and cohesive lyricism from both artists, it sounds like they put their all into the project. 21 tracks of hype energy, with something for every mood. Peezy and Lala seamlessly meshed together two independently dope styles to produce a very dope project that is definitely worth the listen. From Broward County Florida, Prince Peezy and Lala Chanel met working through the same independent label, Frontline Soulja Entertainment, now I had the opportunity of catching up with these two so you’ll have to read the interview to find out to find out how this duo was meant to be, but they are definitely bringing to the game a whole new type of hustle! 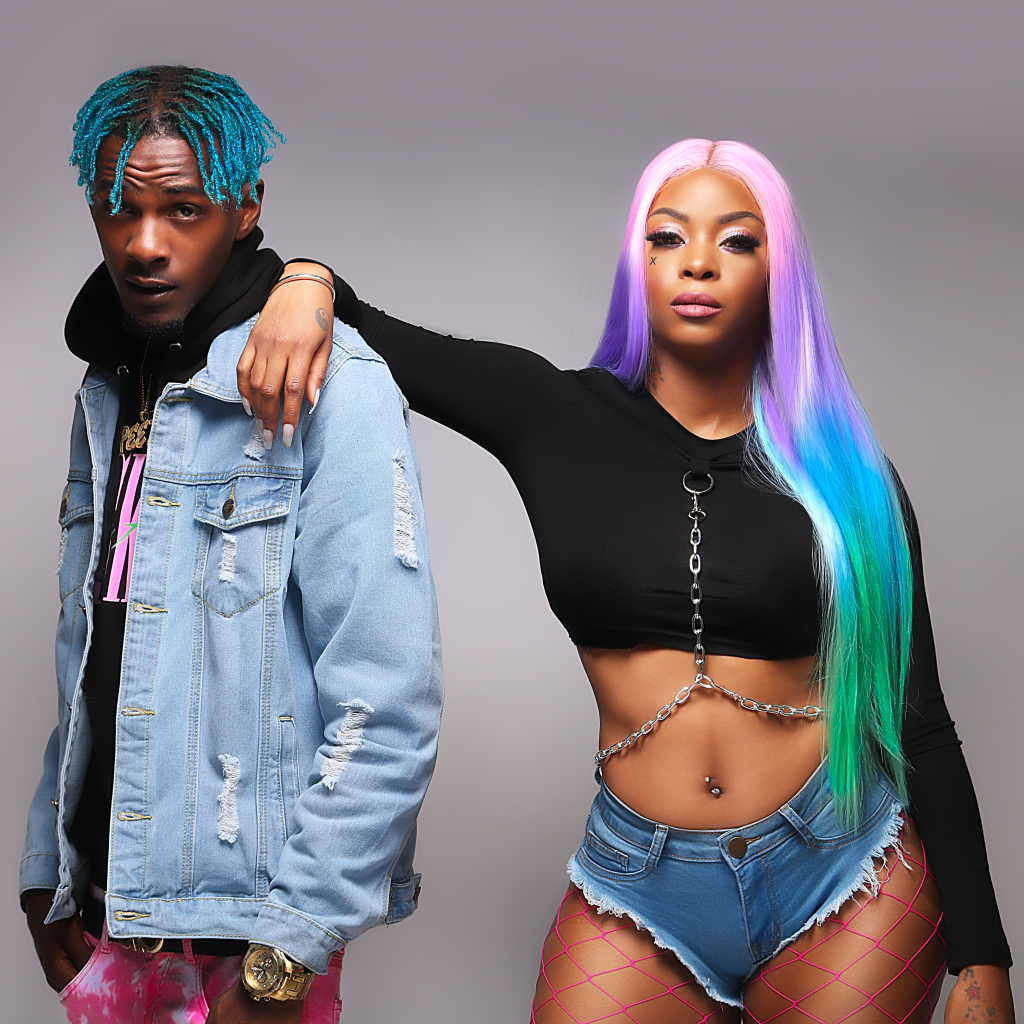 How did each of your separate journeys with music begin?

Prince Peezy: Separately, I didn’t know where to start. I grew up around a lot diverse music like hip-hop, oldie Goldie and pop . My brothers and cousins used to rap on one of those dual cassette tape recorder so that influenced me to start doing music, plus my family is filled with writers/poets  . When I met Lala , i was just starting to take thing more seriously and she was part of Frontlines Entertainment, a independent label which had a slew of different artists ran by her cousin. Not to long after, we started collaborating on a few projects and started traveling .

Lala Chanel: My family in general, come from a music background. Starting way back from the church days. But for the most part, it was like peezy said, Frontlines Entertainment, it was actually created by one of my cousins that I consider like a brother, and he just put a whole bunch of artists with different talents under one umbrella. He allowed us to come into the studio to create the first mix tapes, to figure out our sound and what it is that we wanna do. And from there, that’s what really gave me the confidence to be like, “Okay, well this is what I wanna do… So let me go out and do it.”

What was it like having to merge your separate styles together, and what were some of the things you did to make it happen?

Prince Peezy: When we first got started, it was more of a pop commercial sound with a little bit of hiphop like our first single “Girl You Got Me Waiting” but now its a mixture of commercial trap music and a little bit R&Bish like our most recent Mixtape “All In” .

Lala Chanel: It was actually a feature. And then people kept asking what the group name was, and it was never a group. We were always two solo artists that had just collaborated on a record. But that one song, we ended up winning internet’s best talent and a few other things that came along just from that one song, so we were kind of formed into a group based on our chemistry and style.

How have you all evolved since the release of your first track together?

Prince Peezy: I can definitely say we perfected our craft a lot more. Pushed the envelope, as far as not sounding the same like everybody else. We wanted to be different, to stand apart from that box that they constantly try to put either a rapper in or a singer in. Lala sings and raps. I rap and harmonize. I’m no usher , But I can hold a tune so we kinda mixed that flavor and style up throughout all our music. Every song is not the same. You won’t get the same flows, you won’t get the same style on each record, and that’s what i think make us different.

Lala Chanel: Yeah I definitely agree with that. I feel like we focus more on what we’re saying based on how we feel as far as maybe when we first started, it was just putting things together to make a record or talk about a topic. I think now everything that we kind of rap and write about or sing about… It’s about our day-to-day experiences, how we feeling. We kind of learned how to put our everyday life into a song instead of just create the song out of thin air.

I read in an interview one of your challenges is that no one is really looking for a guy-girl duo, what do you all do to overcome this challenge?

Prince Peezy: Keep putting that foot on they necks. Just try to be as visible as possible with exposure, getting out to do more shows and building relationships with the right people. .

Lala Chanel: Yeah, just pretty much staying consistent . Letting them know, You don’t have to ask, “What’s next?” We’re not gonna be one of those artists as a group, a female and male duo that put out one dope track and then that’s the only thing you hear. We’re gonna make sure you get track after track after track after track. Until your like, “Oh okay. I get it now.” Like hit you upside the head so much until you finally get it.

This fiery Hip-Hop duo is not just making a name for themselves in the US, they just had their track “Laced” placed into the South Korean music market, and have been nothing short of busy gaining all the exposure they can. These two recently shot a music video for their new single “Going In,” landed a distribution deal with Empire Records through Dreamsquad Records and seem to never stop working so fans can definitely expect more from them in the near future!