The west coast has turned out several Hip-Hop artists who have heavily influenced the style of Hip-Hop’s diverse spectrum. Lil Sodi is now staking his claim in the genre of Hip-Hop, reviving an old school flavor and flow that has been shy to the mainstream. Among his discography contains features from and with some notorious names in the industry including: Afroman, Freddie Gibbs, and Jeezy. His recent releases include a laid-back visual for his track “Poppin My Shit.” Sodi’s journey through the industry is filled with not only unimaginable connections but lessons and tribulations that have formulated him into the artist that he is today… It is Lil Sodi’s time now, and he is letting the world know. I had the opportunity of catching up with Lil Sodi to talk about his music and insane collaborations with some of Hip Hop’s legends… and we had a special visit from Wildlyfe100 to talk about their recent video shoot.

When I first spoke to you you mentioned you are Yung Jeezy’s LA artist, how did you get linked up with him & what has it been like working with him?

Actually, I was signed to Jeezy… I got signed with Jeezy about 2016, ’15, I would say ’15. Rocking with CTE. So, you know what I’m saying, it was just all love, and he just showed me the way in the music industry on how to promote myself, my stage performance, and how to get my money in the independent way.

Yeah, for sure is that how you got linked with Freddie Gibbs?

ESGN was fire… Your intro and your feature was super motivational and powerful, so what went into that? And what was it like working with Freddie?

That’s my brother. It was like when Jeezy put us together, he was putting two monsters together. One from Indiana and one from LA, you know what I’m saying. He’s seen the talent that we both have, our chemistry together, as far as Freddie Gibbs, his whole style was different from others. My style was different from others. I sing also, you feel me, a lot of people don’t know that I sing. I tried to blend all of that in there and it was just a pleasure to work with Freddie Gibbs, you know what I’m saying. As you can see, us right now as being independent artists, and stepping away from Jeezy, flying from the bird’s nest, doing our own thing, you see how we progress, you know what I’m saying, just by the mistakes you learn and the certain deals and contracts that we go through that we don’t be understanding as being young men, you know what I’m saying, we have to grow up into the business part of the industry instead of just all about music and putting videos and shit out, but yeah, shout out to Freddie Gibbs, that’s my brother, he already know it’s love.

What has been what has been like one of the biggest lessons that you’ve learned so far coming up?

You just look like you don’t play, but you’re not mean.

Yeah, I just be trying to keep the fake people away from me. But approaching me, I’m approachable, I’m respectful, you know what I’m saying, I’m a real gangster Crip, on my set, on my section, shoutout to my city. I’m in Atlanta right now. I’m out here with WildLyfe 1Hunnud, my little brother from the days. We got a video today, so that’s what we’re preparing ourselves for right now. He going to come and join on the live too.

So how has it been on the West Coast because you’ve really been surrounded by a lot of really notable people, especially just in hip hop in general and have had such a stronghold on West Coast hip hop. How has that really influenced your style and how you are as an artist?

Joe Moses, you’ve been around everybody.

You brought that to yourself by really dreaming it and now it’s becoming a reality, you were at Puff Puff Pass Tour too right?  How was that for you? And how was that just being surrounded by greatness?

Me being myself, not trying to improve others, that’s what attracted them to my character. They already knew that I’m one of their little homies from the West Side that’s really with the business, ain’t with the bullshit. You know what I’m saying? I was never commercial, so it was hard for me to get radio play and all of that. But it’s my turn now, but like I was saying, they just knew how I was, my character. I’m a very lovable person, you know what I’m saying? I have a good spirit, good heart. Just don’t fuck with me.

You have some big collaborations with Afroman was there anything that you learned from him, that you hadn’t learned from anybody else?

So, talk to me about LA Gumbo out, that’s your last project that you just put out?

So how has music changed your life, I know you mentioned going away for a little bit, what has music really done for you?

I’m so sorry about that, that’s really hard, I’ve always come to believe that, you know, God gives his hardest battles to his strongest warriors. When you’re left in a place where it’s nowhere but up that you can go. So, for sure. And then also I wanted to talk to you about, WildLyfe 1Hunnud. You have some music out with him, so how did you get linked with him? How did that happen?

Wildlyfe: Yeah, it’s all gangster. How are you doing?

So y’all are about to go shoot a video, how did you get linked up with Lil Sodi?

Wildlyfe: Well, he from the hood. [chuckle] You know what I’m saying?

Nah, we linked up on some music though. I caught him on live, he was doing the Jodeci track or something. I said damn this nigga do music for real, you know what I’m saying, so I linked up with him. I love him.

Talk to me about you a little bit, you’re a songwriter and everything, so what are you working on with your music? Is this video the biggest thing y’all working on right now?

Wildlyfe: Yeah, it’s one of the biggest things that we working on right now. Our main priority for the most part is the LA to GA thing we got going on. You know that’s kind of like an independent tour we been doing from LA to GA and everywhere in between, you know what I’m saying? Letting people know what we got going on. But yeah, the video I’m shooting today is Trap Me, that’s one of my singles. We got Trap Me, Live a Lie, and Playa Shit, right now, that we pushing.

You two are really crossing barriers with your music. You moving your stuff to the West Coast and he moving his stuff over here so that’s a dope motive y’all got going on.

Wildlyfe: Straight up, and it only makes sense.

You know what I mean? It only makes sense…

It makes sense if it brings all the money.

Wildlyfe: Exactly, it only makes sense going from LA to GA. That’s how we do it.

Wildlyfe: That’s what I’m talking about.

So Lil Sodi, didn’t you just drop something new?

I dropped a song called Bag Back featuring Shaymylove. I dropped… She in Love With a Gangster featuring Joe Moses… Those are my two newest ones. Oh, I’m about to drop Poppin’ Shit. You probably seen some clips of it.

Lil Sodi: So I’m helping him push his music out, you know what I’m saying and keep the momentum going. You know how we do it.

I was about to ask you, were you going to drop a project anytime soon?

I got this, we got some shit going. We got a mix-tape coming.

You know what I’m saying?

I know y’all probably sitting over there on a whole plan that’s going to make y’all all the money.

See, look, not only music, but I just did a film, The Real LA Street Kings. I just did this for the director Van and my homie Stevie J the Comedian. It’s a lot of good guys in there, you know what I’m saying, big stars. I’m in the screening too now and we got our family doing out here. Called Set it Up. Not… It’s like set it off but it’s called Set It Up. Atlanta style, you feel me?

Clothing, legal marijuana, you know what I’m saying? In Cali, opening up a dispensary and we want to do this, I got some kids that I’m working with it, that’s with this Stop the Violence Program. We want to do a lot…That’s one of my main goals, especially in my career.

Talk about that for a little minute.

Lil Sodi is staking his claim in Hip-Hop, reviving a style that laid the foundation for many legend’s who have come before him. With several notable collaborations, he as an artist has solidified relationships and connections to push his career to the next level. 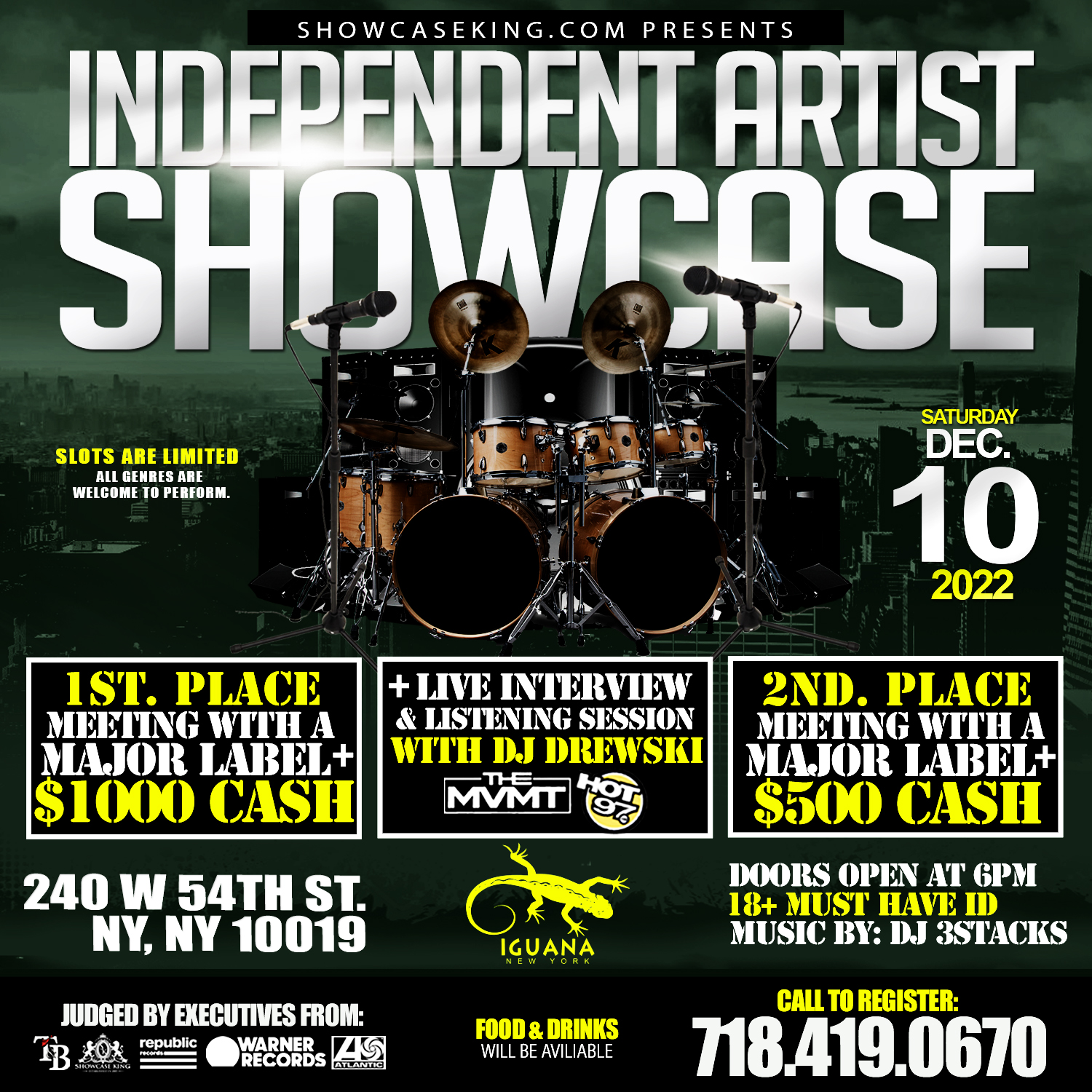