Tyte has been growing a dedicated fan base, and since his signing to Island Prolific the artist has been on fire having fans craving more. Now Florida’s Hot Boy is at it again, this time with an insane visual for his track “Real Love” featuring Billboard artist Vedo. The pair teamed up for the track on his newest album Sincerely 3 Pt 2 … And now they’ve dropped an on top of the world video to set it off! 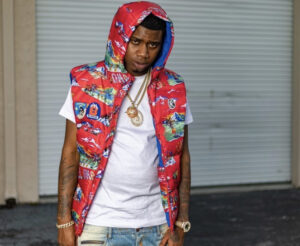 Tyte recently released part 2 of a duo of albums that are “Sincerely” him in every way. Sincerely 3 Pt 2 , is nine tracks of bass banging hits covering love, the streets, and everything in between. Tyte secured some heavy features from rap legend Juvenile, KGodd, and multi-platinum songwriter Vedo. It was only right the artist followed up with a visual and who better than Vedo to collaborate with! Shot from a perspective that puts both artists on top of the world, the visual is raw and organic just like the feelings communicated in the track.

“Working with vedo was genuine, real stand up dude”

The Island Prolific artist’s deep southern flow and versatility have been a catalyst for his success thus far, and he continues to rise. He has also blessed his fans with the dropping of his merchandise line Murder Gang Apparel, featuring some dope shirts and hats that have been selling out since the release. What’s next for Tyte will be a surprise, but for now enjoy the visual for “Real Love!”